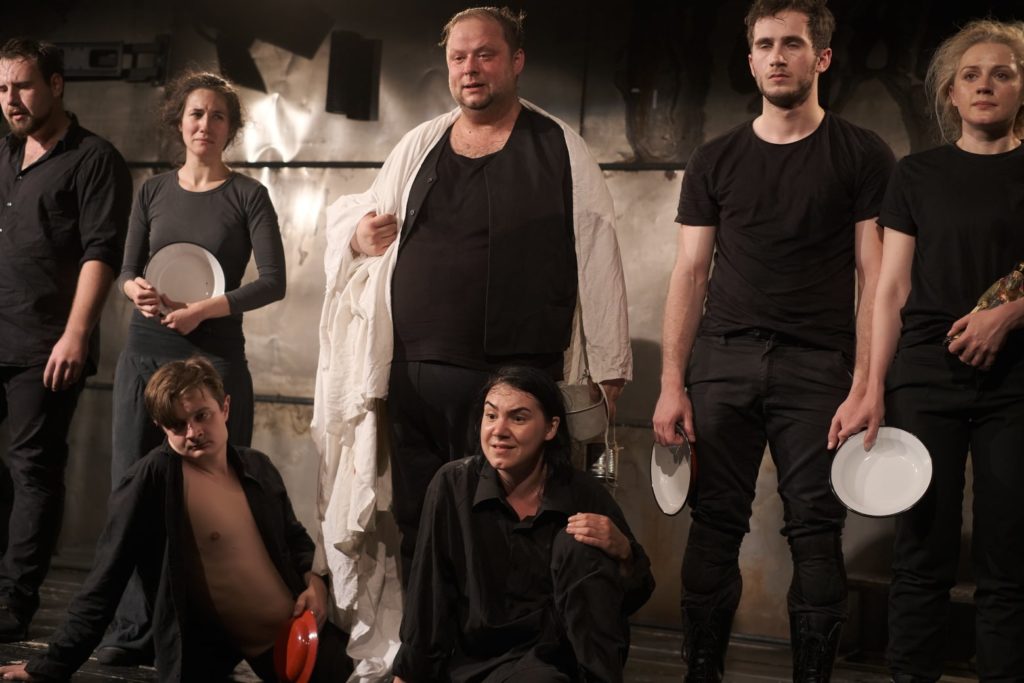 “ON THEM! These were the 2 short words that triggered the horrors of Pitesti. A command we usually address to dogs when they attack. A direct order, fast and with horrible consequences that follow us even today, almost 70 years after the end of the atrocities. External unmasking, internal unmasking, re-education, denunciation, self-criticism, continuous torture – all these terms that define a strange science of evil have, I think, ramifications and repercussions today, in 2019. Relatives of those killed but also relatives of killers are among us. Torturers are waiting for the bus with those who have lost their fathers, brothers, children. Maybe they don’t even know each other, maybe they greet each other respectfully. Who are you really, Dad? – here is a question that appears in the play Our Class by Tadeusz Slobodzianek (author who is now banned in Poland). This question can upset a man. Who were our parents? What about grandparents? What about the ancestors? In what way were they involved in the great transformations of the history of the last century? Which side of the barricade would they have been on? Who can know…

Initially, I wanted to make a show based on the false trial of the Țurcanu group. I gave up on this idea. Too much importance would be given to a murderer. I don’t think it deserves so much attention (we will still talk about Eugen Țurcanu, as the main craftsman of the events that took place in Pitești). Instead, I chose to insist on the testimonies of those who managed to survive the Experiment. Their memories, the incredible confessions and the enduring power of these people, are the things that inspired me to create this scenario.