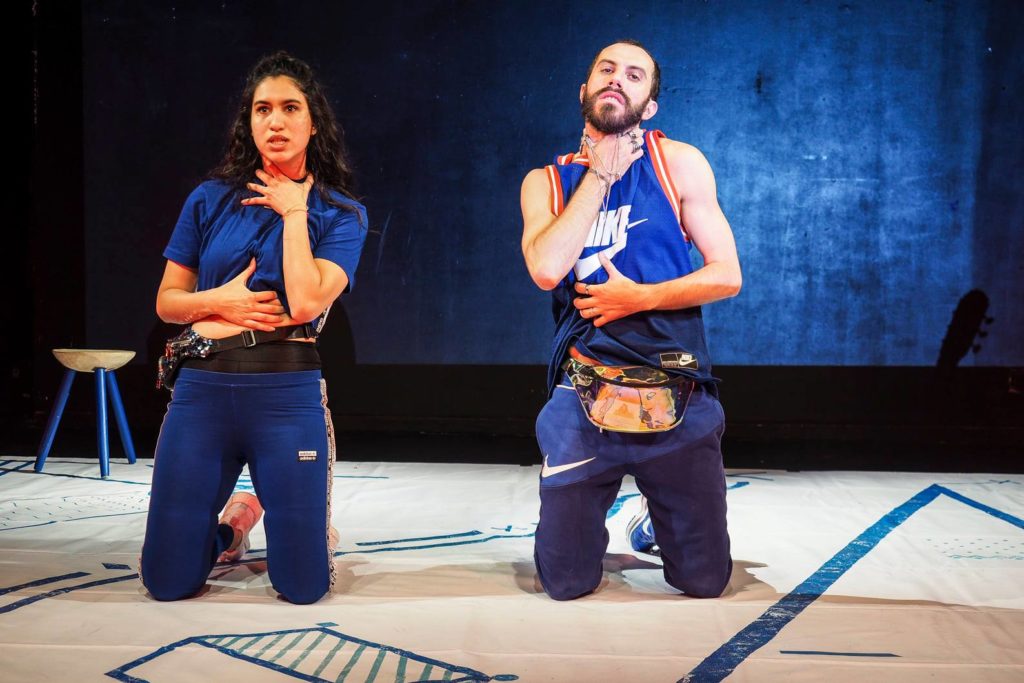 American Gypsy is an exploration of the theme of migration from Romania, inspired by the autobiographical novel of the same name by Roma writer Oksana Marafioti and official data stating that in 2017 Romanians were the most expelled Europeans from the United States. The show brings to the stage the story of Romanians who left for the USA, seen through the eyes of a Roma teenager, who fascinately observes cultural differences, while watching her attempts to be part of the new context.

American Gypsy combines elements of theater, performance, contemporary dance, biomechanics and cultural research and reimagines a series of movements inspired by pop culture, which together manage to emphasize the status of migrant in a completely new culture.

American Gypsy is a continuation of a larger directorial project, of performative research of the Roma adolescence, of the director Mihai Lukács. The first show in this series, Who Killed Szomna Grancsa ?, produced in 2017 by the Giuvlipen Theater Company, tells the story of a young Roma woman who commits suicide in the village of Frumoasa, Harghita County. The project develops narratives about adolescents forgotten by society who, although with us, grow up and live unseen, which often leads to dramas, emotional difficulties and sometimes even tragedies.