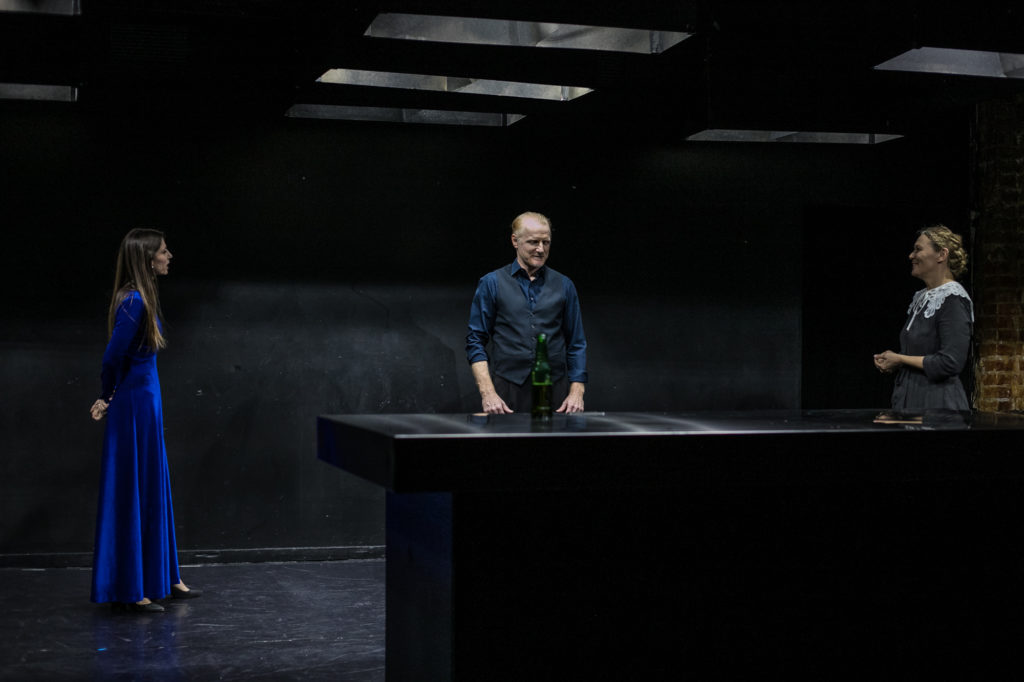 On December 18 and 19, I saw people break up on sleepless nights in a show directed by Andrei and Andreea Grosu based on Strindberg’s text. Thank you for being with us at unteatru!

Directed by Andrei and Andreea Grosu

The show is a Caleido production

The performance of the show “Miss Iulia” is part of the DIALOG project (Diversity in Arts. Learning Opportunities and Growth), funded by the EEA Grants 2014 – 2021 under the RO-CULTURE Program.
EEA grants represent the contribution of Iceland, the Principality of Liechtenstein and the Kingdom of Norway to reducing economic and social disparities in the European Economic Area and to strengthening bilateral relations with the 15 beneficiary states in Eastern and Southern Europe and the Baltic States. These funding mechanisms are established on the basis of the Agreement on the European Economic Area, which brings together the EU Member States and Iceland, Liechtenstein and Norway as equal partners in the internal market. In total, the three states contributed € 3.3 billion between 1994 and 2014 and € 1.55 billion for the 2014-2021 funding period.
More details are available at: www.eeagrants.org and www.eeagrants.ro

The RO-CULTURE program is implemented by the Ministry of Culture through the Project Management Unit and has as general objective the consolidation of economic and social development through cultural cooperation, cultural entrepreneurship and cultural heritage management. The budget of the Program is 34 million euros.
More details are available on: www.ro-cultura.ro