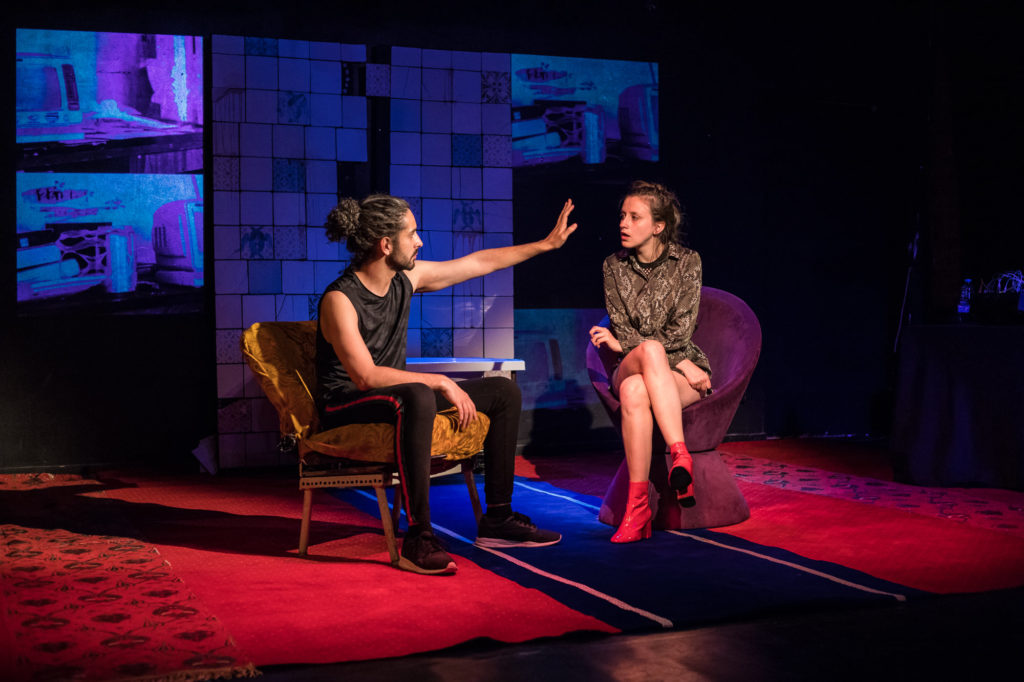 “Uitasem” is a show inspired by the real story of a kid from Galati who was isolated by his mother in a garage and raised to believe that he is the reincarnation of Jesus Christ. The news made the rounds on television in 2007-2008, then rarely heard anything about the subject.

The show fictionalizes and imagines what happens to the boy’s life after the age of 12, when there is only one man like everyone else. A story about memory, affection, about things that we thought we forgot, but that always follow us. A coming of age that starts from Galați, arrives in Berlin and makes one last stop in Bucharest.

A story about our need to be significant, about the little everyday messianism, about what is left after the first love, about the power of the projections between those over our lives.